Frank is an award winning actor, producer, director and professional acting teacher from Los Angeles, CA with over 20 years experience working in Film, Television, and Theatre.

He has written and produced many award winning short films, digital series and independent features. He also appeared on television in hit shows including Scandal, Grey's Anatomy, The Mindy Project and the Emmy award winning limited Series, The Assassination of Gianni Versace.

He has taught at the world renowned conservatory, The American Academy of Dramatic Arts in Los Angeles and recently started The Annex Acting Studio, the home of the only "pay what you can" professional acting class in LA.
www.theannexactingstudio.com 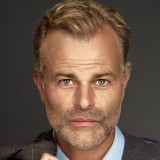 Great reader, super helpful and kind to work with! "
"

had trouble connecting but Frank was so patient! "
"

Frank was really helpful and patient. I was having tech difficulties, but he was really cool about it and I never felt rushed. "
"

had great insights and very supportive! "
"

AMAZING! SUPER HELPFUL! ONE OF MY FAVORITES! THANKS. "
"

Frank was a great coach and helped me self-tape a very difficult scene with lots of physical action. 10/10 recommend. "
"

Great reader, super helpful notes! Thanks so much! "
"

Frank was very helpful. Gave me what I needed to find my rhythm within my character. I feel confident to take on my audition tomorrow. "
"

Amazing coach! Thoughtful and insightful work that really quickly pushed me in the right direction of my scene in a positive way. "
"

Down to earth guy; good coach "