Anna is patient, attentive, detail-oriented, and loves to share her ideas on comedy and drama sides. She is mindful of pacing, builds, reversals, irony, tone, body language, and the overall energy of a scene. Anna has provided coaching in acting, voice / speech, and career / business.

Anna has been working for over fifteen years in film and television (current member SAG/AFTRA). She has a BFA in Drama from NYU Tisch, and loves coaching comedy and drama. Recent Credits: Amazon Prime's I'm Charlie Walker (now streaming).

Anna worked in NY for several years before moving to Los Angeles. She can help you break down your scene, figure out your strengths, and bring your authentic self to your auditions. She can also assist with any technical issues you may have such as blocking, eyelines, props, and wardrobe.

If you want help finding the beats in your comedy or drama scene, Anna is an award-winning actress with a passion for empowering others to bring their best selves to every audition.
​
To get the most out of your session, please show up dressed for the role, memorized, and with script in hand.

Anna works on a sliding scale. Suggested Rates are below. If you can't afford it then just give what you can. Thank you!

If you need to book in advance, feel free to email me at anna.moore@gmail.com

Anna graduated from New York University's Tisch School of the Arts with a BFA (with Honors) in Drama. She studied Classical Theatre and Shakespeare at the Royal Academy of Dramatic Art in London, UK, and at the International Theatre Workshop in Amsterdam, NL.

Her first break came when she appeared opposite Uma Thurman in Magnolia Pictures' The Life Before Her Eyes, directed by Vadim Perelman. Anna's breakthrough role as "Alice" in feature film Fighting Fish won her critical acclaim and several awards, including "Best Actress in a Feature Film" at the Domani Vision Film Festival (New York City) and "Best Picture" at the La Femme Film Festival (Los Angeles, CA). 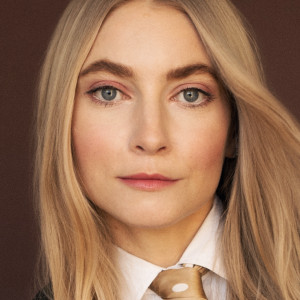