I am an actress, writer and producer. I'm bilingual in Spanish and English so if you'd like to practice, let's do it! I love dancing and singing and comedy is my jam. I have my B.A. in Theatre from Arizona State University. I have been in countless musicals and theater so I can read music and am familiar with most musicals in case those auditions arise. I also write and create my own content and am working on telling even more stories through film.

I enjoy being a reader and I like to give people a lot to feed off so they can give their best performance. I have previously coached children in my own film and acting classes and loved giving lots of feedback to help them grow. Would love to help you in any way I can. Let's grow together as an acting community! Instagram: @angelinairamirez

I have my B.A. in Theatre from Arizona State University. I am bilingual in Spanish and English so can read both. I have been in countless musicals and theater. I decided to transition to film and moved to LA in 2010 studying with Margie Haber Studio, The Groundlings, Annie Grindlay and with Megan and Chuck Foley . I have starred in 3 shows for the Hollywood Fringe Festival that I helped create. I love to write and tell stories that are real to me. I am working on my 4th and 5th shorts that I have written. 2 of my other shorts have run the film festival circuit. I am in pre-production for 2 films and just finished advanced ongoing classes at Margie Haber Studio with Jim Nieb. Currently studying with Allen Savage based out of New York. Instagram: @angelinairamirez 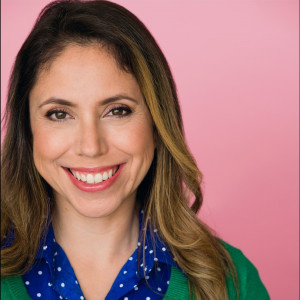 Was so helpful and totally got me out of my comfort zone! Highly recommend for Disney/Nick auditions! "
"

Yay, Angelina is fabulous to work with! "