Born in Moldova, Kishinev, Alina Gorun showed her artistic traits since childhood, by writing poetry and performing in front of her friends and family. She attended the School of Performing Arts, where Alina learned to play accordion and dance. But her big love was acting, performing in school plays and attending acting classes.

Due to very limited opportunities in TV/Film, she went to study Finance, with major in Bank and Stock Exchange. In 2006 she had a chance to come to the U.S. and pursue her dream working for companies such as BCBG, Wella, Sony, Marciano, MGM, Encore and others.

Since then Alina has worked on many more films, commercials, ad campaigns and even getting in behind the scenes. Alina and her friends created their own production company with an emphasis on working with young women in the industry to produce their projects as an initiative to help propel female artist. 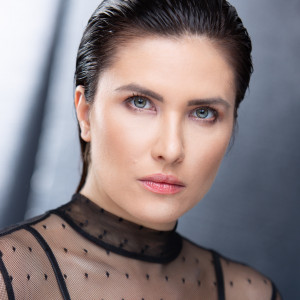