Nice to meet you!

I'm Zach - your adorkable best bud, who will talk your ear off about astrophotography, while fixing your internet connection.

I've been acting professionally for over 10 years now, doing everything from live Shakespeare performances and circus acts, to national commercials and award-winning indie films.

I'm happy to read with you, help you run lines, or just give advice about acting classes, acting techniques, or the industry in general.

I can't wait to meet you!

** Please send all payments and tips via Venmo: @Zactorlife **

(P.S. I just started doing photography again, so if you need some affordable dope shots, hit me up here: www.zhphotographs.com)

After performing for over 10 years in live, onstage productions, Zach attended UC Irvine and earned his BA in Drama with Honors in Acting. Shortly after moving to Los Angeles in 2013, he starred in multiple commercials including national spots for Red Robin, California Almonds, Samsonite and Hulu.

In 2016, he earned his Equity card performing as Leo in CV Rep's production of "4000 Miles". Theatre and Film Critic, Jack Lyons declared, "Hallett’s introspective, and naturalistic performance is both compelling and highly nuanced, and his timing is impeccable."

Since then, Zach has starred in several TV shows and indie films, including Luca Pizzoleo's 2020 film, "Gold", which won 10 awards across multiple film festivals.

Resume, photos and more at: www.ZacharyHallett.com 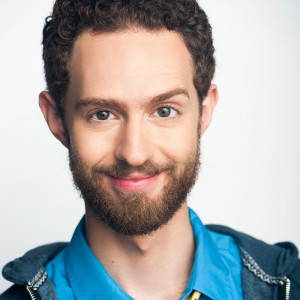 Zach was awesome, really great to work off of for an audition. Thanks Zach! "
"

Zach was a fantastic reader! Willing to help in any way you need. Thank you Zach! "
"

Personable, great reader, and easily made adjustments to the read right away. "
"

Zach had important info on VO auditions and that was so helpful. Would definitely book him again. Than you, Zach! "
"

Loved his suggestions so helpful! "
"

Great reader!! Will look to work with him again! "
"