Yorgo Glynatsis is an actor, known for Bhangra Paa Le (2020).

He has trained in Drama in Belgium and in London, he's training at Anarchy Screen acting studio and with the acting coach Patrick Regis.

His credits include: theatre Productions, short movies and Feature films in UK, India, France and Belgium.

He can speak fluently french and has an intermediate level in Spanish. Currently, he's learning Italian.

Yorgo Glynatsis is a professional Ethnically Diverse Actor represented by Lee Morgan Management in UK and Loonastar Agency in Belgium and France.


His Unique Selling Points, I believe, are the following :


* He's representing diversity as he has an ethnically diverse background ( Belgian, Greek, Italian). He has been playing some roles as an Indian, French, Italian, Arabic, Turkish, ...

* He's fluent in French and English. He has also an intermediate level in Spanish. And currently, he's learning Italian.


* He's a professional dancer and he has been doing a lot of sports so he can play physical roles with the right training.


For more information, please refer to his spotlight : 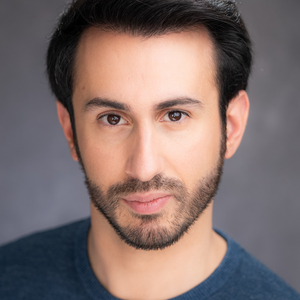