Hey there! I'm a bilingual (Spanish) actor/writer/comedian and always excited to work with other creatives (that's you!).

I have been an actor for 20 years. I have over 10 television credits, 18+ SAG-AFTRA national commercials, endless short films, and perform(ed) live comedy from 2012 up until to when the pandemic started.

I'm very laid back, great listener, and all about a positive atmosphere!

Wes Martinez is a Mexican (of indigenous people) actor, writer, and comedian based in Los Angeles. He's a regular performer at the Upright Citizens Brigade (UCB), and a founding member of Gringos, an all Latinx comedy group that performs regularly at the UCB and comedy festivals throughout the country! Wes has also appeared on prime time TV shows such as Modern Family (ABC), Superstore (NBC), Sneaky Pete (Amazon), and I’m Sorry (TruTV) to name a few. 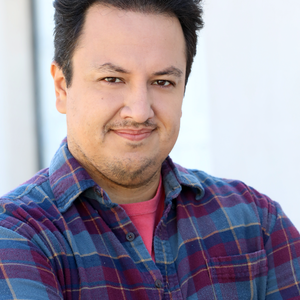 Wes was a very positive and supportive reader! Enjoyed working with him! "
"

Amazing help, Thanks a Lot Wes!! Love his directions! "
"

Best reader ever! Wes is hilarious, kind, and a wonderful actor. "
"

Wes is so smart and his script analysis is A+++. So easygoing too which I like. "
"

Wes is a NATURAL! So happy I got him as a reader, thanks so much for helping me run lines! "
"

Wes was an AMAZING reader and coach. He has a great knowledge of script analysis, e.g. searching for context clues like reading the crossed out material and looking at the page numbers to understand where the scene falls within the arc of the script. We discovered that my sides fell relatively early within the script, meaning this is not yet a climactic scene but part of the early exposition, which meant my character was discovering things about herself that she probably wouldn't come to understand until a reveal in later scenes. Wes had great insights on beats and objectives and also recommended that I do some further image work to help enliven a moment of emotional recall for my character within the sides. Wes' instincts for the material are so spot on - he noted beat changes where there should be unspoken changes in the thought for my character that I would have otherwise completely overlooked. I highly recommend working with Wes! "