I am a classically trained actor with over a decade of experience in Film/TV and theatre. I am currently seen as Lykos, The Prince of Athens in Syfy/Netflix's "Olympus" and in supporting roles on the Award-Winning short-form series' "Avocado Toast" & "Slo-Pitch" for OUTtv and KindaTV.

I pride myself on my commitment, passion and curiosity. I'm a deep thinker who likes to ask big questions so will be more than happy to assist with any script or character analysis you might want. I consider my style of communication to be honest, constructive and direct.

I'm from Nova Scotia, Canada, but currently reside in Toronto, so if you have any questions about the Canadian industry, I've got you.

You can reach out to me on WeAudition or via email at wayneburns0604@gmail.com to set up a time that works for you.

I'm looking forward to playing together!

Wayne Burns (he/him) is an actor, producer and writer from Wagobatik/Truro, Nova Scotia. He is a graduate of the National Theatre School of Canada’s Acting program. He has worked across the country with companies like Soulpepper Theatre, Neptune Theatre, Swallow-a-Bicycle Theatre, the National Arts Centre and Summerworks and can currently be seen on Syfy/Netflix’s "Olympus" and OUTtv’s Award-winning series’ "Avocado Toast" and "Slo-Pitch". His short films have been supported by The National Film Board of Canada, the Toronto Arts Council, Inside Out Film Festival and CBC. He is the recipient of two Theatre Nova Scotia awards, an ACTRA Award nomination, and was chosen as a breakthrough artist by Now Magazine for his performance in Michael Ross Albert’s "Miss" and his creative leadership through the acclaimed conversation series "Dark Nights".
www.wayneburns.ca 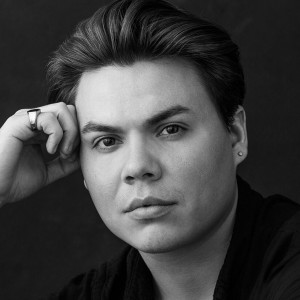 Ok. Wayne is the best. I emailed him earlier today (super last minute) to see if he could work with me for a bit and he so graciously fit me into his busy schedule. He's so insightful & brought loads of energy to the scene and out of me. THANK YOU "
"

Wayne is a great scene partner, very chill and accomodating. "
"

Wayne is a great reader! Gave me exactly what I needed for the scene, gave great feedback, and energy was awesome. Thanks Wayne!! "
"

Direct and to the point, great reader with great insight! "
"

Wayne was awesome. He gave genuinely helpful & honest feedback to help me ground my work and make it truthful. I'm so happy we got to work together on this. Thank you x10 !!!!!!!! "
"

Great!! Thanks for a read through "
"

Super kind and patient. Felt like a session with an acting coach lol. Thank you for such a positive experience! (: "
"

An excellent reader whose very kind and helpful :) "
"