Slovenian actress living and working in London. Trained at Royal Central School of Speech and Drama. American/British accent - husky and earthy voice quality. Can be innocent and excitable or dark/cynical/straight forward.

Slovenian actress based in London. Very versitile with accents and speak three languages Slovenian, Croatian and English (also understand basic Serbian, French and Italian). Versitile with character - often play more than one character in farcical productions. Inteligent women that suffer internaly - more of an Ismene than an Antigone - more of a Viola than a Juliet.
Stage combat and dance trained, with a background in Yoga, Pilates and Basketball. 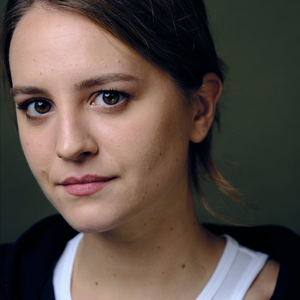