Unissa Cruse is very friendly, charismatic and super down-to-earth. Her warm and genuine personality is often what friends and family commend her on most. Unissa prides herself on her ability to mesh in any environment and make others feel super relaxed around her. She’s also a great listener and enjoys the concept of give and take. “I love learning from others. Good vibes and positive energy are contagious!”

Unissa is an actress, known for tv/film credits such as Hairspray Live! (2016), By Any Other Name (2019), Departures (2019) and The Conversation (2020). Unissa has also performed in other live musicals (i.e. West Side Story and Mary Poppins) and stage plays (i.e. Thumbelina and Zomo: The Rabbit). She has also appeared in a few industrials and commercials. Unissa has a strong dance background, primarily in jazz, musical theatre and street styles like hip hop. She often choreographs, directs and designs her own productions. Other special skills include British and Southern accents, wardrobe styling and physical comedy. Unissa enjoys meeting new people, baking, crafting and creating original comedic sketches with her HILARIOUS alter-ego, Ms. Ethel. Check her out on Instagram @unissa.cruse and feel free to reach out if you’d ever like Unissa to be your reader. Happy Auditioning!!!

Unissa Cruse is a dancer, actor and model originally from Baltimore, Maryland. She’s lived across the US and Canada; and has performed in plays, musicals, commercials and more. Unissa even had the privilege of performing with and artistic directing dance companies in the DC area. Unissa is an expert in, but not limited to, hip hop, jazz, modern, and musical theatre. She enjoys writing poetry, creating comedic skits, traveling and crafting. Unissa adores animals and loves interacting with children! She also enjoys wardrobe-styling, attending live stage plays and ALL THINGS PASTA! Her favorite pastime is brainstorming new creative ideas, which led her to the development of her HILARIOUS alter-ego, Ms. Ethel Marie Parker! Check her out on IG! She’s a trip! Unissa’s charismatic personality and constant perseverance is what she finds to be most beneficial not only in her entertainment career, but her in overall trajectory. Laughing a lot and taking note of all the positives is of large importance in Unissa’s life. She’s super family-oriented and will always look out for the next person. She cherishes the little things in life and genuinely strives to always spread the love. 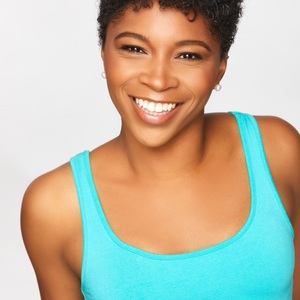 Delightful and so helpful! "