I'm an actress based in Vancouver, BC. Would love to read for you with enthusiasm.
Will also share advice about possibilities and angles.

If you need help with Chinese language pronunciations and accents, you found the right person.

I also teach Mandarin and Cantonese.

Trained in BC at Vada, RADA, and NYC

When possible, I would love to support you as your reader and likewise. 🙏
Together we can break legs!

Traei Tsai, is a BIPOC local writer, actress, fashion model, and painter based in Vancouver. As seen in Vanity Fair, Vogue UK, Glamour in 2019, Traei has also trained with Coco Rocha in New York City. She was in the recent Corona Movie, a dramatic thriller and the world's first feature film about Coronavirus and Xenophobia. This was featured in the New York Times, BBC, The Vancouver Sun, The Hollywood Reporter, The Guardian, The Times, Le Figaro, International Business Times and many other news around the globe.

A graduate of SFU in Social Sciences for Anthropology & Sociology, she has raised continuous awareness in social issues in the realm of visible minorities in Canada through arts, film & non-profit work Traei is also the Vice-President of BC Minorities in Film & TV Society, a non-profit organization advocating for minorities and diversity inclusion in front and behind the camera. Her passion lies in creating layers of positive social impacts that continuously support a better community and world that we share.

She is currently writing a book, "Her Stories Untold", on women empowerment, capturing true stories of women around the globe. As featured in a recent interview on Global News on Mother's Day, she talks about how women can support other women with her stories. In addition, she is also working on her other book on honest reflections about life. Traei also paints and was nominated as the first Canadian Official Winner at MiraBan Art in London, UK for her painting, "The Koi Mantra" ( a painting showcasing the strength of life, women in their vulnerability, shyness, modesty, and allure through delicate objects of the antique ceramic from the Qing Dynasty period. 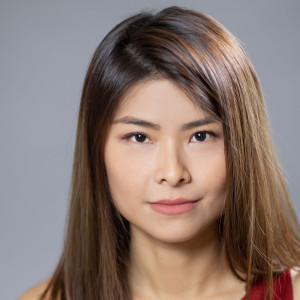