Hi friends! I've been an actor for over 10 years and a professional reader for nearly 2 years and I love it! As your reader, I will take your lead on what you want your session to look like. I will accommodate you based on your needs (i.e. pacing, timing, beats, etc). I make sure you feel super comfy and be there for you however I can!

"It’s a rare thing to find someone who not only fulfills the obligations of the job, but can help you elevate your work. Tiff does exactly that. Whether it's been an online reader for a self-tape or helping you prepare for an in-person audition by rehearsing lines, Tiff provides a space that will raise your preparation and confidence in a way that shows on screen…which, in my experience, leads to more success. I work with Tiff any time I possibly can - and you should too." -Alvin Cowan (THIS IS US)

"Tiffany has completely changed my audition game around. Her work was especially timely during the pandemic and I had such success that I now consider her a part of my audition arsenal for good. She is particularly good at helping me get off book, besides, of course, being a supportive audition reader. I booked General Hospital and the lead role of a Lifetime feature working with Tiff. She is my secret weapon." - Jennifer Field (General Hospital/911)

Born and raised in Los Angeles, Tiffany Bank graduated from San Francisco State with a Bachelor’s Degree in Sociology. She went on to train at Susan Batson Studio in New York City. Tiffany was 1 of 16 actors chosen out of 15,000 to perform in the 2019 ABC Discovers Showcase then went on to be a shadow director/assistant for the 2020 ABC Showcase. Bank is best known for her role as ‘Randolita’ on Orange Is The New Black (Netflix). Her first short film, ‘Boxed In’, premiered in 2015 and was written and directed by Tasha Smith (Tyler Perry’s ‘For Better Or Worse’). Film credits also include ‘Supermodel’ (Netflix) and theater credits include ‘Carmen’ in Eve Ensler’s ‘The Good Body’. 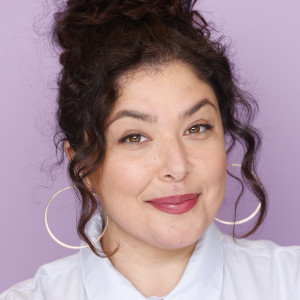 Thank you sooo much, it was so nice meeting you! You're AWESOME!!! "
"

She is so amazing, she helped me read through a script and gave me notes on how to connect with my character, it was a really productive session!! "