This is G, 21, from Italy. I was in Los Angeles for 5 months (I did a 8 week acting for film workshop at New York Film Academy) and recently I've moved to Venice Beach. Two years ago, I was in Prague and did a filmmaking semester. That was when I really realized how much love I have for the world of cinema.

This is G, from Italy.
I did a filmmaking semester in Prague two years ago which I enjoyed a lot but when Covid happened and I got to go back to Italy, I had time to think about the real dream of my life: acting. With my parents' help, I was able to pack my things and fly to LA to do a 8 week acting for film workshop. It's been hard, but when you really want something, you do anything possible to achieve it and make it your goal. In the worst of the scenario you can say you tried at least. 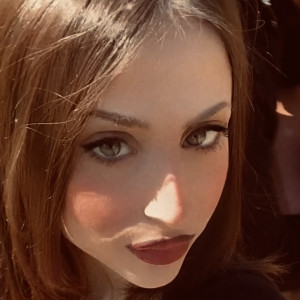 Year
Credit
2021 [added]
School Projects
One of the main characters