Hi I am an Actress living in lovely Atlanta, GA. I'm happy to serve as a reader for rehearsals and or auditions. I do not charge for this however tips are appreciated😊. I have extensive training in auditioning for film/TV, self tapes, scene study, Meisner, and commercial training. Let's get this work! Let's work together on this cool platform🎬

Thea Johnson aka #GraySlay was born and reared in Chicago, IL. Her parents Euris and Marian Johnson exposed her to the arts at an early age. After graduating high school she moved to Atlanta, GA to attend Spelman College, the premier institute for Black women in America. Thea embraced her gift and passion for teaching and has been an exemplary educator with Atlanta Public Schools for more than 25 years. Nearing retirement from the school district Thea began studying acting and discovered her new passion. She can be seen in her first feature film Heart of the Manor-Supporting Role, First SAG feature film Sin the Movie set to air in 2022 and the hit Web Series, Groads Bay High. Thea is know for several Indie Films-Unspoken Truths-A Focused Flymz/Handsome Ink production; Auntie-Bobby Huntley Film to name a few. Her goal is to become a dynamic working actor. 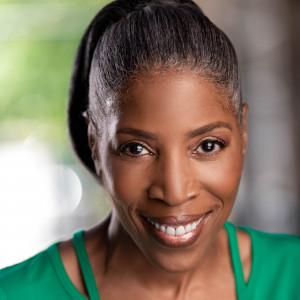 Thea was an amazing reader, really knew how to pull out the best read!! I will absolutely use her again!!! "
"

Again - Thorough, supportive, nourishing and Thea gently cracks the whip to get your best performance! "
"

Thea is an excellent reader. She really invests herself in rehearsing with you. I Will definitely be using Thea as a reader again! "
"

Thea is excellent! She was exactly what I needed when I needed it. "
"

She's an awesome reader and she helped me find the weak points in my acting. Thank you! "
"

Thea was wonderful, super open and ready to help! "
"

Superb reader. Really pushed me to do my best and get off book! "
"

Thea was super supportive and helpful. Not only that she is a professional and totally understood the tone and style of the show I was auditioning for. It's always great to be able to work with someone right away without having to explain everything. "
"

Thea was so great to work with! Patient, encouraging, and offered great suggestions to help me learn my script FAST! Highly recommend her for auditions. "
"

Ms. Thea is an amazing reader! She really knows her stuff! "
"