Being a great reader is just as important as auditioning. I take pride in reading well and making sure I understand the characters in the scene.

Thea Camara has been professionally acting for over a decade. Pursuing her lifelong dream in 2008, she has dominated everything from the one-liner to full-blown monologues, giving her the versatility needed in show business. What once was just a dream, she has turned into a full-fledged career stepping into auditions and roles with vitality and class, finally redeeming the seven-year-old little girl that thought her dream had died.
Since 2008, Thea has been featured in numerous film and television shows that can be found on Amazon, Netflix, AllBlk and Tubi. While training under Tasha Smith (Why Did I Get Married? & Why Did I Get Married, Too?), Thea learned how to hone her voice and began going after roles that not only made her stand in her truth, but pushed her past her limits.
An actress who continues to hone her craft, she has trained under the teachings of Ivana Chubbuck, Vagabond Chicago, Acting Studio Chicago, J. McNeil Studios LA and Susan Batson Studio NYC. While at Acting Studio Chicago, she trained with the award-winning New York based actor/director, Jerry Kernion. She also holds a Bachelor of Arts from Concordia University, where she trained in theater.
Most recently, Thea played the role of “Vanessa Hubbard” on Fox’s 9-1-1 starring Angela Bassett and Aisha Hinds. She’s also had a recurring role as “Irma Dunn” on Dick Wolf’s, Chicago Med starring S. Epatha MerKerson and Yaya DaCosta.
She just completed filming Merry Switchmas, which also features Valerie Pettiford and Peter Parros, where she played “Mrs. Bailee Baxter”, a diva with a love interest. Her other lead roles were in notable films including, Sound To Sea, Hood, Before I Do and Englewood. Working under directors such as Spike Lee (Chi-Raq), Andrew Dominik (MindHunter) and Christopher Nolen (Walk Away From Love, 72 Hours) Thea has not only continued to capture her audience’s attention, but those that she’s worked with as well.
Living up to her name, Theartis, Thea continues to execute her roles effortlessly, making her one of the most sought out actresses in the business. An avid world traveler, Thea has visited several countries, including a recent trip to Senegal, West Africa. During her free time, she loves spending time with her family, which includes her loving husband of over twenty-five years, her daughter, Adja, who attends Spelman University and her son, Kader, who attends Benedictine University. 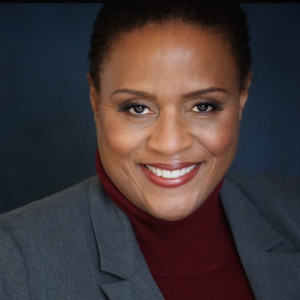