Hey loves! Thanyia here! Acting is my heart and I love to help, so naturally, this app made sense!

I'm a trained actor, stand up comedian, presenter and host.

You can catch me in Bafta Award Winning Alma's not normal and Jamie Johnson, both on BBC - plus Kathryn Ryan's Duchess - Channel 4's Pure and a host of other things.

I have great comedic timing for those funny scripts but can also be as serious as you want/need.

I'm new here, to this app, but not to our world! Feel free to lean on me!

Thanyia is an actress, comedian, writer, voice over artist and presenter from South East London.
​
In 2018 she joined the likes of Katherine Ryan, Andi Osho, Sarah Millican, Miss London Hughes, and Desiree Birch when she was crowned Funny Women Champion, Beating over 400 women in the process.
​
She has performed across the UK and the world, including the USA, Turkey, Sweden, Holland, Spain and Slovenia. She has performed alongside some of the best known comics on the scene today, including but not limited to – Dane Baptiste, Desiree Birch & Ellie Taylor (all of whom she has recently supported on tour) Zoe Lyons, Paul Chowdhury, Stephen K Amos, Sarah Millican, & Richard Blackwood.
​
As well as being the founder and host of her own night ‘Moore Laughter’, She is a regular at Glee Clubs, The Boat Show and The Comedy Store. She also lends herself to many charitable causes, one in particular of which she is a member, is Kiwanis London South East - they hold a special place in Thanyia’s heart, as they work with children who aren’t privileged, in the UK.
​
Thanyia has been invited to speak on current affairs on Channel 4, BBC Radio London and talkRadio. She has also written for Modern Woman Magazine. She has spoken at Women in leadership summits for the National Literacy Trust, hosted the first UK Bi-Pride main stage and has spoken at the prestigious Pride in London & Brunel Univeristy.
​
Thanyia is a skilled and naturally gifted actress. Her credits include Bafta winning Jamie Johnson (CBBC) Pure (C4), BBC Quickies, Kathryn Ryan's Duchess (Netflix), Sophie Willan’s Bafta Award Winning Almas Not Normal (BBC2), as well as multiple short comedy films for Comedy Central and more.

You can also see Thanyia on Mock the Week, Mo Gilligan’s ‘Black, British and Funny’, Comedy Central’s ‘Drunk Histories’, Richard Osmans ‘House of Games’, Alan Davies ‘As yet untitled’ and Dane Baptiste’s new show, ‘Bamous’, in addition to many others.
​
She is currently working on her debut stand up hour 'Bully' which is set to debut at the Edinburgh Fringe Festival in 2022. 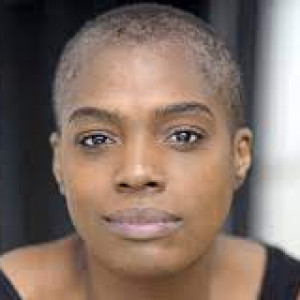 Very upbeat and made me feel good about my scenes "
"

Thanyia is great! So lovely and efficient, great reader and pacing - I Loved working with you! "
"

Thanyia is amazing!!! Incredibly patient, helpful, and perceptive. She's also great at script analysis and improv. She grasped the story immediately and the essence of what needed to be conveyed by my character. She's absolutely fantastic and such a joy to work with!!! Book her!!! "
"

Wow she was absolutely great. Amazing with comedic timing. "
"

She's the absolute best. Thoughtful. Funny and really sees your work! Book her!! "