I’m Sue and I love what we do SO MUCH!

Helping you submit a strong self-tape brings me joy and makes me a better actor as well.
I speak fluent Arabic (Egyptian and several other dialects), and I trained with several coaches, such as: Lesly Kahn, Jean-Louis Rodrigue, and Arthur Mendoza.
I graduated Musicians Institute and The Second City Conservatory. I believe in supporting each other, so let’s book you your next job!
We got this!
Sue

- Feel free to email me if you wan to schedule a session in advance :)
Email: therealshaheen@gmail.com

Sue Shaheen is an Egyptian-American actress, writer, and singer. Back in Egypt Sue had a hit single 'Makansh halo' which featured on the top charts all over the Middle East. She was also the lead singer for a couple of rock bands which helped her gain a faster understanding of the English language.

Sue graduated from the Musicians Institute where she obtained her degree in vocal performance and film production. She also studied comedy & improvisation at The Second City Conservatory, Shakespeare at the Elizabeth Mestnik Acting Studio, the Stella Adler Technique at Arthur Mendoza's Actor Circle Theatre, and the Alexander Technique under Jean-Louis Rodrigue and Kristof Konrad.

Sue was a performer and a writer for a Second City sketch ensemble, 'Party Boat' for three consecutive successful years. Her classmates at the Lesly Kahn & Co Studio describe Sue as, "The lovechild of Rosario Dawson and Julia Roberts, who will steal your data, shoot past your guards, and still make her date tonight." 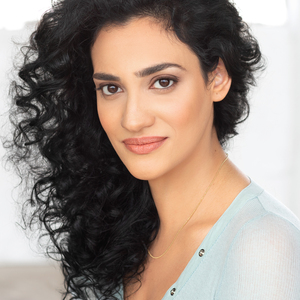