I am an actor and a writer. I frequently perform at festivals from the Edinburgh Fringe to the Melbourne Comedy Festival & most recently toured to Australia as one of the co-creators of Assisted Suicide: The Musical.
I am one fifth of The Gazebo Effect: a theatre company that specialises in absurdist and immersive theatre and film.
With my company I frequently run castings and enjoy working to get the best out of people and playing with written or improvised material.
I would love to work with you in whatever way you need to help you book your next gig.

Stephanie is an actor and a writer and one fifth of The Gazebo Effect: a writing and performance collective.
London based, Stephanie has travelled to Melbourne as one of the co-creators of Assisted Suicide: The Musical; from Copenhagen to Cannes as a Cucumboligist (see @gazebo_effect on insta for more on this essential role) and to a basement in Shoreditch tap dancing for the UNICEF Halloween Ball.
Stephanie first performed at the Edinburgh Fringe Festival aged 14 where she flyered a policeman and had to prevent her Grandad using flash photography every time she came on stage. Since then Stephanie has performed at the Fringe in a range of different shows- including 2019’s The Journey of The Tini Martini at Assembly Gardens- but has stopped flyering members of law enforcement.
Other theatre credits include: You Once Said Yes (The Nuffield Theatre, Southampton) The Lonely Soldier Monologues (The Cockpit, London), BNWT (The Arts Theatre, London), Shot At Dawn (The Mumford Theatre, Cambridge), The Critic (Rondo Theatre, Bath), Arcadia (Appletree Theatre, Oxford).
Film includes: Mile End (winner of Best Narrative Feature at the New York City Independent Film Festival 2016 & nominated for Best UK Feature Film at Raindance 2015) and Independence Day (winner of the BFI Shorts Competition).
Stephanie is also a Yoga teacher and can be found teaching online at www.strangeyoga.co.uk 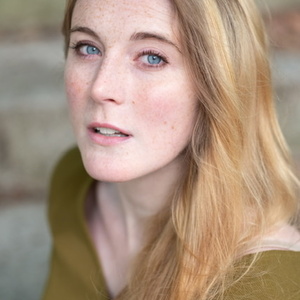