Looking for a smooth, easy-going reader experience? Need a trained actor that will *listen*? Let me help!

I am a theater & Meisner trained actor with years of experience on the stage. Are you a theater person that needs to tone it down a bit on self-tapes? Let me give you some tips!

I care about helping actors and it's a great way to keep skills sharp for both of us!

You can check out some of my stuff on my website or my IMDB :)

Born and raised in Orange County, California, Stephanie is an actor and writer of Croatian and German descent. She began her acting training at the highly acclaimed South Coast Repertory at the age of eight, and she would return to SCR fourteen years later for its Professional Acting Intensive where she studied under seasoned actor Hal Landon Jr.

Upon receiving her Bachelor's Degree in Communication and Creative Writing, she began pursuing her acting career full-time earning credits in such films as The Madness Within and Adolescence, as well as the role of Alice Ayers in Patrick Marber's Closer live on stage to critical acclaim.

In her spare time she enjoys playing and coaching basketball as well as weight lifting.

As a stage and film actor, Stephanie brings a quiet intensity to the roles she plays and hopes to portray strong women and prove that a tomboy can be a leading lady too! 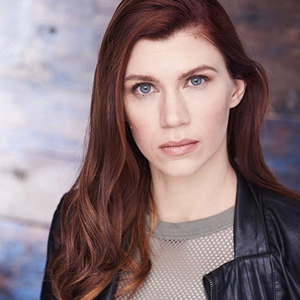