Hello there! My name is Sherrell and I am an actress residing in NYC. I've trained under some amazing teachers at Stella Adler and NYPAA. I've joined "We Audition" because I would like to get more involved in the theatre community. As a reader, it is my hope to be of assistance to fellow actors with their self-tapes, audition preparation, scene study, ect. and to playwrights who may need actors for read throughs as well.

I began my training in the arts at Nassau Community College. While there I was cast in numerous straight plays as well as musicals such as Pride @ Prejudice, Zooman and the Sign, Jesus Christ Superstar, Circle Mirror Transformation, The Old Settler, Hair, Hairspray and others. I focused mainly on acting and dance; graduating with an Associates degree in the Arts. Afterwards, I went on to Stella Adler: Studio of Acting. Once I completed my studies there, I began to study under Karina Arroyave at the New York Performing Arts Academy to keep my skills as an actress sharp and well exercised. 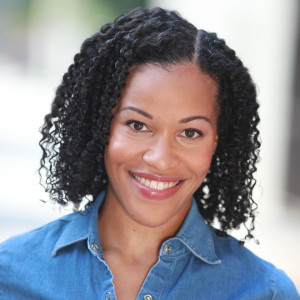