She received her MFA in Acting from the Regent University.
Some of her favorite stage roles include Deena in Dreamgirls, Dessa Rose in Dessa Rose, Amanda Wingfield in the Glass Menagerie.
She has also toured China and Taiwan with the Broadway play "Aida".

Shaunte has landed roles on networks such as the Starz, BET, Lifetime, the ID channel and has been featured in several commercials.

Shaunte is currently starring Youtube's Dhar Mann Studios series and recently wrote and starred in her own Web series, Sanctified, about a young youth pastor whose inner conflict with faith and desire gets in the way of her protecting the teenagers she mentors in the city of DC.

When she's not acting and writing, you can find Shaunte on Instagram @I_am_Shaunte and Clubhouse on Fridays at 10am PST 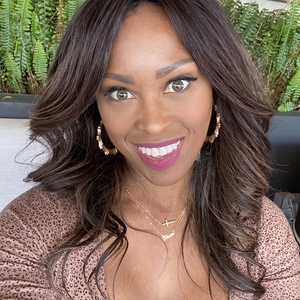 Shaunte was awesome! Great attitude and energy. Would read any time with her. "
"

Awesome reader. So much fun rehearsing with Shauntè. "
"