Whats up fellow creatives! My name is Shaun, I'm a newly working actor who is extremely passionate about the craft. With years of training in the Sanford Meisner and Edward K. Martin technique, and extensive theatre experience, I have the skills to help bring out your best performance.

Tell me what you need! Jammed up with a script and want help breaking it down I got you. Do your takes feel pushed, or unnatural and need help with creating a real, living performance in your tapes I got you. Need help with the more technical side of things i.e establishing sight lines, figuring out the best blocking to maximize the space that you're using, lighting talk to me! I'm here to help.

Featured in the Boston Globe article "What’s Their Line", Shaun Bedgood was noted for being one of Boston’s best up and coming comics. With stand up experience, and training in theatre and film acting, Shaun’s versatility and skill set have earned him recognition in Los Angeles. Since arriving in 2017. Shaun has appeared as a lead in “The17th Floor”, which premiered at the Hollywood Fringe Festival, and has booked several tv roles on shows such as Shameless, Animal Kingdom and new biblical series The Chosen. Shaun is currently represented by Lindsay Mass of DPN Talent. 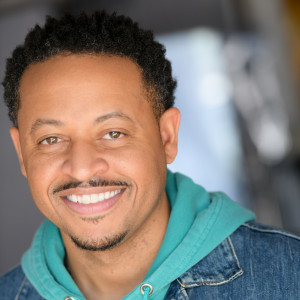 I am so grateful that I was able to work with Shaun. He's a great reader and coach! "