Hi y'all! I'm a working actress and voice coach located in Los Angeles. I originally began my career in Chicago theater where I had the privilege to study and work with Steppenwolf Theatre, iO Chicago, and Second City.

I have coached many actors in voice and acting as a faculty member at Lesly Kahn and Company, and my credits include SUPERSTORE (NBC), AGENTS OF S.H.I.E.L.D. (ABC), STARFISH (Feature Film), and numerous commercials.

I'm excited to work with you as a reader, rehearsal buddy, and coach (should you want notes).

I'm an Actress and Voice Teacher located in Los Angeles. You can currently see me popping up on your TV in various commercials, and some of my favorite credits include SUPERSTORE (NBC), AGENTS OF S.H.I.E.L.D. (ABC), and STARFISH (Feature).

I began my acting career in Chicago where I had the privilege to study and work with the acclaimed Steppenwolf Theatre, iO Chicago, and Second City.

I'm originally from St. Louis, MO, and as such, I am a die-hard Cardinals fan. I grew up sitting in the Muny's free seats watching musicals with my grandma, and since then, acting is all I've ever wanted to do. I am an avid DIY girl, and I won’t buy anything I think I can make instead, including my high school prom dresses. I am the only girl in my Fantasy Football league, and took 2nd place this year, but like NBD, I'm totally not competitive at all...

Check out my website for reels and more info about me and my most recent work at www.shannon-hollander.com 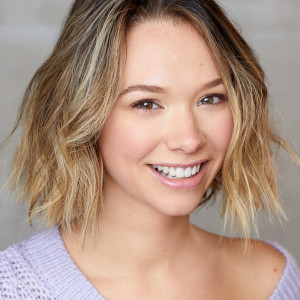