Looking for a reader? I'm the girl. My last project was the nominated short film Children of Oceanville that I wrote and produced. I played Marcy in BAFTA winning Netflix/BBC show Creeped Out. I have been working professionally in this industry since I was 8 years old and can help you rehearse or self-tape to reach your maximum potential. Sometimes scenes just need an extra eye and a few tweaks. Don't be shy to reach out!
I'm British-American. I can do a range of English (Standard, RP, London, Manchester) and American accents (Standard and Southern) to help with the fluidity of the scene.

Let's work together for your killer self-tape or rehearsal piece!

Shanice is a British-American actress who has been working in the industry since she was 8 years old. Shanice can be seen in BAFTA winning Netflix/BBC show Creeped Out as Marcy. She's also the writer, producer, and lead in nominated short film Children of Oceanville. 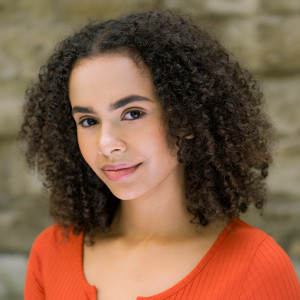