Sarah Shearburn is a multitalented actor and writer. She is a internationally educated actor. Recently she has been in

She is trained in improv and has done stand up in Burbank; been coached in Shakespearean Acting in the heart of London; and was the showrunner on her own short: Camila Makes an Old Fashioned.

With a degree in Creative Writing she knows how to breakdown a scene and brings all her knowledge from commercial, audition, and zoom acting classes to the table.

If you need a sarcastic best friend, a quirky love interest, a sassy teenage daughter, a Tina Fey or a Joey King, she's your girl!

Sarah Shearburn began acting in the suburbs of Chicago at the age of four. She continued to do so in Orlando, Tallahassee, Riverside, London, and Los Angeles. She co-wrote, directed, cast, and starred in a short film, "Camila Makes an Old Fashioned". Sarah spends time with her LA family in her free time, and her brothers and parents whenever she gets the chance to visit the Sunshine State.

Interests include: treasure hunting, history, board games, poetry, and lots of tv watching 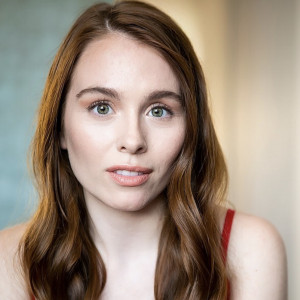 Sarah is a natural , you will enjoy her realness . "
"

Sarah is excellent! She gives to the role she is reading to bring the scene to life :) "
"