Hi Everyone! I'm an actor and teacher with 20 years of experience in theatre, film and musicals.

I've been behind the table as well as in front of the table quite a bit and I'm a really quick study for comprehension.

I've been teaching BFA Acting for Film NYFA as well so I'm happy to push you for what you want or adjust my timing to your needs to get your best take! Or if you prefer no coaching and just a great read, no problem - whatever you need.

I have a nice quiet space to read from and I've gotten some folks some successful self tape bookings! Would love to read with you!

Happy to accept tips @sarah-kinsey on Venmo if you're so inclined.

If I don't respond to a Beacon here - DM me @sarahakinsey on Instagram or email me at SarahAKinsey@gmail.com

Sarah Kinsey is an NYC-based actor, singer, writer, and producer. She has appeared on stage in NYC with Amios, New York Shakespeare Exchange, and Partly Cloudy People (with whom she also co-produces). Major TV/film credits include The Path on Hulu, and Jenny's Wedding. Sarah has been a part of several award winning short films, including Candlestick Justice, which she also wrote. Regionally, she has performed at several theaters including Cleveland Play House and Actors Theatre of Louisville. Sarah is on the Leadership Council for New York Shakespeare Exchange, and teaches at New York Film Academy both in NYC and in Florence, Italy. She holds an MFA in Acting from Case Western/Cleveland Play House. You can occasionally find her singing classic country tunes with Bourbon Express and Patsy Hank Lovechild. Sarah-Kinsey.com for more news! 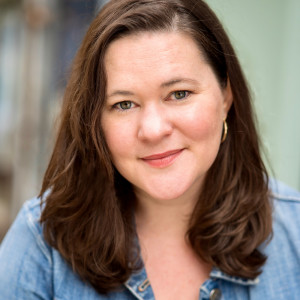 Such a good reader. Has great tips as well. "