Hi there! Do you have an audition you need to prepare? I'm a professionally trained French actress, based between L.A. and Miami, experienced in Film, TV and Theater. Whether if it's just to go over your lines, or to prepare scenes for acting class, auditions & self tapes, I would love to help you. I'm also happy to give directions & feedback if you need them.

Willing to help you to shape your performance as best as you can & Boost your confidence so you can rock those auditions!

Sarah is a bilingual french actress with a US green card based in Los Angeles.
​
Born in the South of France, she started acting by performing on stage in a variety of drama & comedies. After training at the prestigious Cours Florent Drama School in Paris, she expanded her career in Film and Television by booking guests roles in feature films; among others the anthology horror comedy film The ABCs of Death (Segment "X" directed by Xavier Gens). She then transitioned to international projects because of her ability to speak perfect English, and got her first major role in the American thriller Cam2Cam directed by Joel Soisson.
​
Trained in singing, she played the lead part (Anna) in the Disney musical show 'Frozen', adapted from the famous motion picture. The show brought over 2 millions of people. She can be seen in the French feature film 'Monsieur Je Sais Tout', directed by Stéphan Archinard & François Prévôt-Leygonie, which got a major theater release in her native country.
​
She obtained her Green Card and is now based in Los Angeles where she pursues her career in Film and TV. She also wrote and directed her first horror project 'Strayed' which is currently in post-production. 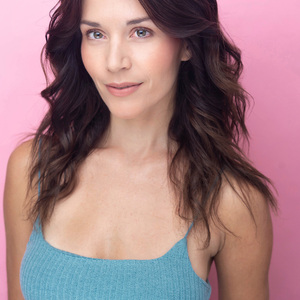