I'm Sally! Come and read with me! I take the work seriously, but I don't take myself seriously.

I’ve worked on big film sets, little film sets, one woman sets. I write and produce my own films as well and have experienced the casting perspective from the other side of the camera.

I love reading with fellow actors. I love improv and we do silly and fun things and laugh at ourselves!

If you need to book a specific time, please email me: sally.cheng@me.com.

So come play! I'll do the best I can for you, we're in this together and I will support you as much as I can.

Sally Cheng is an actor and producer, known for Remi, Sheigala: Vampire Business Women (2021) and The Abandoned (2022). Sally has worked on a variety of Short Films, Commercials and Webseries, as well as writing and producing her own content. Sally has trained with a variety of coaches around the world in both classes and private coaching, working on all skillsets including voice, scene study, and accents. She has studied with Howard Fine, Marilyn McIntyre (both in class and privately), Sass Pinci (Voice), Miranda Harcourt, Damian Walshe-Howling, Brave Studios, TAFTA plus more. Sally's approach is to always find the truth in the scene and the character and do so without self-indulgence. 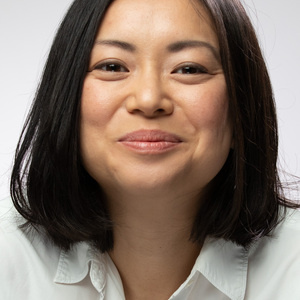 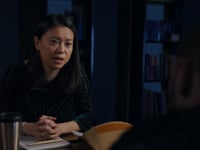 Such a great reader! helped with 2 selftapes and had an absolute blast! very kind and patient! "
"

Sally was wonderful to work with! Thank you for being so present and playing with me. "
"

Sally is amazing! Very supportive, kind, and patient. Thanks Sally! "
"

We went through some Shakespeare and Sally knows her stuff! "
"

A pleasure to work with Sally. Super grateful for her commitment in supporting other actors ❤️ "
"

What a great reader, sweet and connects with you "
"

Sally could NOT have been more delightful!! A fantastic cold reader who gave everything I needed... I will absolutely be using her again and couldn't recommend her more highly! "