I'm originally from South Africa and currently live in London. I literally grew up in the industry, as I started TV presenting when I was 7 year old. I got my first TV acting role, 10 years later, when I was 17 years old and have never looked back.

I am in love with both elements and also love being behind the scenes too. I've worked as a Production Manager, Promo Director, Content Producer, Scriptwriter including many other roles.

With over 28 years of TV Presenting experience, and over 18 years of acting experience, (I know, those numbers seen weird, right?) I would love to be a reader and assist you with your next casting and/or scene.

I can also assist with accents (not all of course, but most). I pick up on them quite easily and have a good ear.

For more info on me, check out: www.sadegiliberti.com

Sade Giliberti is an actress, TV presenter and producer.

Sade literally grew up on TV in South Africa as a young child star from the age of 7 years (she also started modelling at the age of 3). Sade continued to work as a Presenter in South Africa until she left in 2015 and moved to London. Her first on-screen acting role came at the age of 17 where she cameo'd in a local South African TV series playing a very emotional and abused young 14 year old.

Sade has over 16 TV presenting credits behind her name (including live TV shows) and possibly over 50+ live stage presenting/hosting/Mcing credits.

As an actress, Sade has played the rebellious teenager (Hard Copy, 2005), a clairvoyant temptress (The Watchers - Pilot, 2010), a chef who delves into the dark side (The Bookkeeper, 2011), and a well put together girlfriend (Spectrum London 2016), including many other smaller cameo roles.

Off screen, Sade works as a videographer and editor and has worked as a Production Manager, Promo Director, Content Producer and Scriptwriter for many different TV Productions.

She is currently writing a couple of screenplays. 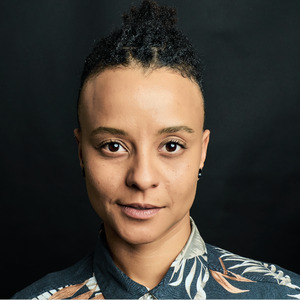