Roberto Zenca is an Italian-Australian Actor born in 1981. After graduating in Acting in Rome (Italy), he performed in a variety of Films, Theatre and Musical productions across Europe (Italy, England, Germany, Spain, France, Poland, Greece). In 2012 he moved to Australia where he got granted a Distinguished Talent Permanent Residency.

Roberto Zenca (1981) is an Italian Actor of Theatre, Cinema and TV.
After graduating in Acting in Rome, he performed in a variety of Films, TV and Theatre productions across Europe.
In 2010 he played Hamlet and Mercutio as well as recurring roles for the Italian Tv series Un medico in famiglia 6 and Donna detective 2. He is also in the movie Il Divo, the main character for the action movie The Pathfinder and about 15 other movies. In 2012 he moved to Australia where he worked with the Sydney Theatre Company, Melbourne Theatre Company and Adelaide State Theatre. His Australian screen credits include Baz Luhrmann’s The Great Gatzby, Le Matinal (Film in French for which he received 2 nominations), a recurring role in the Tv series The Abandoned and feature film Book of Job. 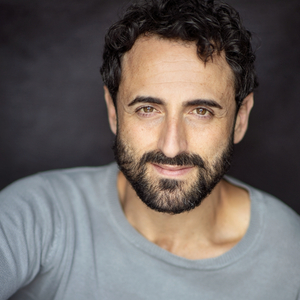