Hey! I'm a British graduate from the New York Conservatory and I can perform for you in a range of British dialects as well as a General American.

I recently finished a two-hander play at the Fringe and I'm being submitted and auditioning so I understand the hustle!! I love workshopping and I'm super excited to help you learn lines, tape auditions or simply talk through a scene!

Working basically for free on here right now so if you enjoyed working with me please do give me a quick review. Thank you! :)

See you out there.

My name is Rhys and I’m an actor who originally trained in Film and TV Production at the University of the Arts London. I worked for film production companies on a freelance basis as a reader and then got accepted to the New York Conservatory for Dramatic Arts on a large scholarship. During my only summer break, I performed a play in Greek whilst working with the New York theatre company, ‘One-Year-Lease’ in Greece. I graduated NYCDA in 2019 and returned to the UK to begin my career.

I recently starred in a short film in New York that I co-directed and wrote which can be seen on my website below. As well as this I got cast in a production of ‘Hangmen’ at the NVT in Brighton which has been pushed to the end of the year. 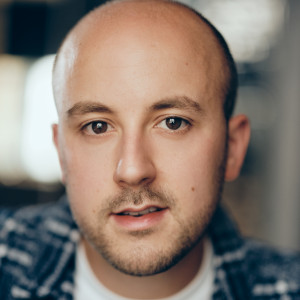