Hi! I am an actor in Los Angeles (previously a Midwesterner, but I've been in LA a while now). I also work as a stand-in, and have experience reading off-camera dialogue with the principal actors in things you may have seen.

Whatever you're here for, I hope to help you book it!

Rebecca began appearing on stage at the age of 5 in ballet recitals and also as a munchkin in a school production of The Wizard of Oz. Since then, she has portrayed a variety of characters, from German cabaret dancer, to friendly ghost, to alien insect.

Rebecca has a theatre degree from Northwestern University, and while in Chicago, she also studied at Act One Studios. After moving to Los Angeles, she studied improv, completing the 6-level training course at The Westside Eclectic (now the Westside Comedy Theater).

When not performing, Rebecca continues to channel her creative energies into sewing, making purses and Comic-Con cosplay and supplying friends with masks during the pandemic. She finally joined Instagram but may or may not ever get used to taking selfies. 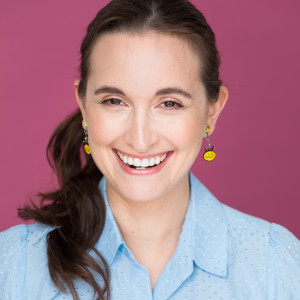