Ranjani is a Software Engineer at Cognizant Technology Services.

Ranjani's main theater experience was performing in the Come Again Players, a New England shadow cast, for three years. She expanded her interest in theater and took classes in acting, movement and voice. In college, she was in an SNL parody as well as short plays related to climate change activism.

She enjoys keeping up her interest in theater, so she looked for ways to keep practicing. She came across WeAudition and found out that there were opportunities to practice acting with other actors, and this is exactly what she is looking for. She is always invested in a script whether she is reading for a casual practice or a serious audition.

I have recently graduated Mount Holyoke College and took numerous theater courses there such as Acting, Movement for Performance, and Playwriting. My main theater experience was when I took part in the Rocky Horror Show for multiple months and I had the opportunity to play different characters. I also did singing since I was eight years old, and I took part in my college's show choir and choir. 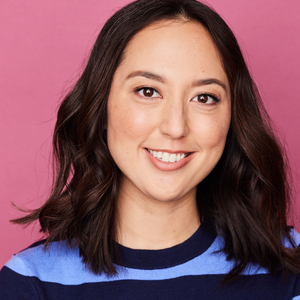 Such a lovely person! She's patient and really makes an effort to give you a good reading. "
"