A NYC and Los Angeles based actor with experience as an acting coach for film and television. Background in musical theater, improv, Meisner technique, and scene study. Passionate about helping other achieve their dreams by helping in anyway and strive in being supportive for others in this industry.

Rafael is based in NYC and Los Angeles. He is a graduate of CUNY Brooklyn College with a B.A. in theater. Strong tenor with a musical theater background. He has studied improv at Uprights Citizens Brigade, also at Acting Out! in Boston, Massachusetts. Rafael is currently studying at the Heidi Miami Marshall studio as well at The Barrow Group.
Rafael has extensive theater experience with some shows including Once On This Island as Agwe, Angels In America as Belize, Dog Sees God as Beethoven, and Smokey Joe's Cafe in the Michael track.
He is currently in I Wish I Could Give You An Answer currently on Netflix. Rafael can next me seen on Netflix in 2023 in a docuseries based on the Bernie Madoff scandal.
Rafael's hobbies and special skills include baking, cooking, impressive knife skills, basic stage combat, Singing (tenor), fluent in Spanish, cry on command, burp on command, has NYS Driver’s License, U.S. Passport, accents including Southern, British, New York, GAA. 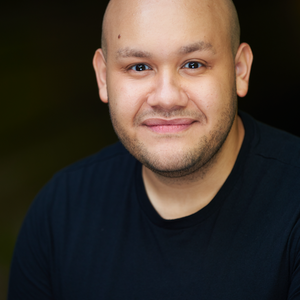 Rafael was fantastic! So warm, giving, super supportive and encouraging. Awesome reader who is willing to do whatever is needed for the perfect take! "