I can give you solid, strong, accurate cold read script reads. I can work in a variety of accents, and am competent in both comedy and drama.

Mark Joseph lives and works in London. Over the last 13 years he has worked in theatre (The Cause, The Alchemist, Madness Of George III), film (Credo, The Hot Potato) and TV (Clone – BBC). Mark also does a lot of comedy work, playing in two improv teams in London, and writing/producing his own series of content on YouTube. He is a black belt in Karate, has law enforcement experience and speaks Japanese. 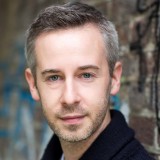