Hello! I have read and coached many actors through weaudition and also coach actors one2one on film and tv script work. I am happy to help you get the best out of your work, with creative input or just as a reader/actor to work off.

If you would like one2one in my home studio or online on your audition I charge $45 per hour.
For just readings on werehearse my fees are HALF.

A meisner girl at heart (studied for three years at Drama School) and this technique is what I use the most. I've also studied under Sam Christensen at his studios in Burbank, at NYFA, with Lesly Kahn at her studio in Hollywood, Patrick Baca at his comedy sitcom summer school and this fall begin work with Catlin Adams who coaches the likes of Oscar-winning actors Jane Fonda, Nicole Kidman, Naomi Watts, Rachel Weisz, Amy Adams, as well as Brad Pitt, Kate Beckinsale, Michael Douglas, Aaron Eckhart, Lily Tomlin, among others

I also helped with the casting process on a new short with iconic casting director - Ronnie Yeskel (Pulp Fiction, Blade Trinity, LA Law) which gave me some great new insight on the audition process.

Look forward to seeing you,
Sohm


More about my work and some reviews below;

Just finished working with Mindy Kaling on her new untitled TV show for Netflix. NCIS LA airs on OCT 13th 2019, and my role in THE CODE and CHARMED are out now online in the US (THE CW) and in the UK (on E4)
I look forward to the release of LOVE TYPE D directed by Sasha Collington, and last year appeared in JANE THE VIRGIN for CBS, tv show CASUAL for HULU, and also worked on SKYSCRAPER, and worked with director Alex Kurtzman in the blockbuster film THE MUMMY in 2018. I have also been accepted into year three of the BAFTA NEWCOMER IN LA programme.

My TV experience in England includes guest star and recurring roles in Casualty, Paradox, Waking the Dead and Doctors for the BBC, Coronation Street for ITV, and most recently Mental a new UK TV Comedy pilot on mental health. I was also one of the regular voices in the award winning radio soap - Silver Street, for the BBC Asian Network for 6 years and just booked a series regular role on the new comedy podcast MASALA JONES.

Between Film and TV roles, I love to work on the stage, sing and write, and have been in over 25 Stage productions around the world and also on the WestEnd working with Sonia Friedman Productions in Bend It Like Beckham the Musical which was nominated for five Olivier Awards in 2015. I was consequently nominated for Best Featured Actress and Best understudy with the WhatsonStage Awards.

My self produced, co-written film - The Problem with Kaldeep, was recently selected for the London Indian Film Festival 2017, AAB Festival, NPS International Children's film festival and is now on AMAZON PRIME. 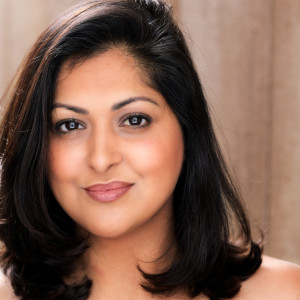 Awesome reader, thanks for the direction as well! "
"

Sohm is a great reader. She gives good notes and tips on performance and delivery. Shes very patient and helpful. I would highly recommended her "
"

All-round FAB.U.LOUS reader. Attentive and considerate, Sohm brought the best out of me and I ended the session with more confidence than I started with. Will seek out again. "
"

Super helpful, easy to work with and great feedback "
"

Excellent coach. Really great at rehearsing and getting into the scene quickly. "
"

I enjoyed it and and got some great tips from Sohm! "
"

She was very helpful at helping me build my character for the complex role I am playing. "
"

She was very professional and since this was my first time using we rehearse she walked me through it. "
"

Sohn is incredible! Very patient and capable of handling any material thrown at her. She really helped me get out of my head and into my gut before my session later on today. Thanks again, Sohn! "
"

SOHM was EXCELLENT!!!! She really did a great job of helping me get my Broadway audition together to submit :) "