Hey there! I'm new to this platform but I'd love to work with you and get to know some more people outside of my circles!

I've been reading with and coaching my peers for as long as I can remember. I especially love finding new ways for actors to resonate with their material that works specifically for them. Nothing drives me crazier than a teacher with only one tool. I'm constantly working to grow my toolbox and expand my communication abilities to be able to relate to performers in new ways.

Tuxford Turner is a nonbinary actor, comedian, and producer who splits time between Chicago and Los Angeles. Tux has been working in film, theatre, and comedy for over a decade. They've been trained at the Groundlings, UCB, and Annoyance Theatre, and can currently be seen weekly in iO Chicago's weekly House Ensembles and various other theatres around the city.

Tuxford spent the last year working on two films slated for release in 2023, filming and producing a stand up comedy special, and building the foundation for the Raven Room, an up-and-coming comedy theatre in Chicago, Illinois.

For comedy appearances or booking outside of the Midwest, contact: TuxfordTurner@gmail.com For Midwestern commercial or theatrical appearances, contact Oliver Al at Lily's Talent: Oliver@lilystalen 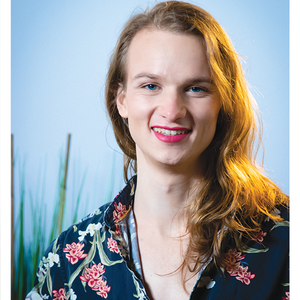