Hello, thanks for stopping by.

I am a NYC raised, Atlanta based entertainment professional. I grew up acting on-stage in small chorus roles on Broadway. I have an undergraduate degree in English & Psychology with a minor in theater studies. My professional career has taken me into the more business side of the business- Producing, writing, marketing, and sponsorship development at Tribeca Films, GenArt, and MTV Networks/Nickelodeon. Over 20 years of experience working in both narrative and commercial storytelling.

As a reader, I offer actors the chance to work directly with an independent content producer, a write, and someone who has sat on both sides of the audition process. I provide direct insight into what producers and creative directors are looking for. 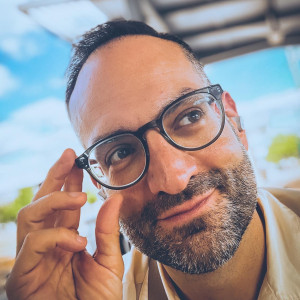 Welcome to the WeAudition Family, Anthony! You are definitely getting a callback! 😉 ⭐️⭐️⭐️⭐️⭐️ "