Thanks for checking out my profile. My name is Tania, I’m an actress based in the San Francisco Bay Area.

I have been acting for about 15 years. I started my career in Los Angeles and moved to the Bay Area (where I grew up) to start a family. The Bay Area has been good to me and I have been keeping busy acting in commercials and film.

I realized how important it was to have a reader during the pandemic when I was stuck without one! I’m a single mom and do not have people living with me that can help me read when I get last minute auditions. I hope I can help people book work and not feel stuck the way I did!

Tania has been acting in the entertainment industry since 2005. She was born in Chicago and raised in the Bay Area as a 1st generation Assyrian American. Her love for the arts started as a professional dancer in her early years before she focused on acting and modeling after earning her B.S. degree in business.

Currently, she resides in the Bay Area with her child who is also in the entertainment industry and is focused on on-camera work. She boxes and practices Muay Thai regularly to stay in shape physically and mentally while empowering her daughter by introducing her to the world of mixed martial arts.

Tania also has an Executive MBA degree and owns a business consulting company in the Bay Area. 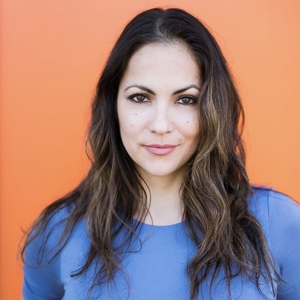