Lanette has appeared in My Fair Lady, Hair: Then and Now (Musical Theater Heritage), Letters from Freedom Summer (UMKC/KC Repertory Theatre), Single Black Female, The Green Book Wine Club Train Trip, For Colored Girls Who Have Considered Suicide when the Rainbow Is Enuf (KC Melting Pot Theatre) and Project Dawn (Unicorn Theatre). She portrayed the role of Effie in Dream Girls in Concert (The Kansas City Black Repertory Theatre), and a host of other musicals and theatrical productions.

Lanette has worked in Television, Radio, and Film, not only as an Actress and Radio Personality, but also as a Writer, Producer, and Editor. She has made appearances in various commercials, voice overs, print advertisements, short films and music videos including Hold On by Actor/Musician Idris Elba and I Caught Crazy by TechN9ne.

Lanette is a recent graduate of Second City of Chicago’s Improv program, and she is currently training with Emmy Award Winning Actor Keith David (Greenleaf, The Princess and the Frog). 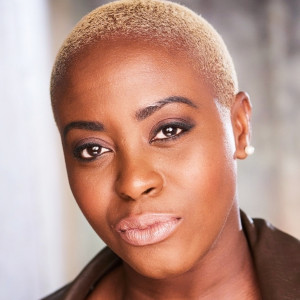