Solomon B Taiwo is an energetic actor with a bright spark

Solomon was raised in London by Nigerian parents and attended Langdon Park School and Tower Hamlets College before enrolling at Identity School of Acting in 2016. He has appeared in a variety of franchises, such as Ticketmaster, Uber Eats, and William Hill. Additionally, he played Olaudah Equiano in the 2020 Samuel L Jackson TV mini BBC series Enslaved. He wrote two books, Solomon's Shadow and Turning Point, and appears in CNN Max Foster's Latest Podcast and book Cloutology.  . In addition to acting, he had already made his television debut on Channel 5's Show Strip date hosted by Vicky Patterson, later picked up by MTV.. The Beffta Awards presented Solomon the RisingStarAward
for his poultry-loving character. In addition to Solomon, Qunicy Jones and Lemar also won this award at the ceremony. First breakthrough Film,  Solomon was contacted by a friend about the shooting of the Film In Intent directed by  Femi Oyeniran, not realizing he would later play the character of Teenage Boy in Nextflix's Film. This then happened for the film starring John Hannah Genius (The Mummy) which was released in 2018..  This curiosity was exacerbated later in life, as the young man started attending screenings with Universal, Paramount, 20th Century Fox. One screening in particular – for the 2017 feature film A Cure for Wellness – included a Q&A session with director Gore Verbinski.
A few of his most recent television projects include portraying Detective Wayne Michaels in Moreland's Firm New Castle TV Pilot Series with actors Gary Webster, Kim Tiddy, and Stephen Tompkinson.
Solomon has been nominated for the Positive Role Model Award at the upcoming National Diversity Awards 2021 in conjunction with @itvnews 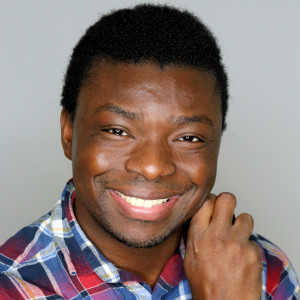