I love to help Shape Diamonds in the Rough.

Jennifer Akabue (JA'DAKU), is a native of Dallas, Texas, and is a SAG -AFTRA (e) and Equity Actor, Singer-Songwriter, and Dance Choreographer. She is signed with The Clutts Agency and Gravity Hill Agency. She plays a supporting role, Nicole, in the new film "Heavy" by Tiara Stax Jones directed by DeMarcus Bailey with Jamal Woolard (Biggie) from the film "Notorious".

She was an Actor in the Emmy -nominated TV show Washed series in season 2 streaming on Amazon Prime, was a featured Actor in the winner of the Sundance Film Festival "Mother of George" Starring Danai Gurira of Black Panther and was a Choreographer, Writer, and Actor for The 1st Gen project Starring Yvonne Orji from HBO "Insecure" produced by Emmy award winner Erin Cherry. She performed in All American girls on Off-Broadway and “Supreme Tartuffe” Off-Broadway with the Tony award winner Andre’ De Shields and “Love Boat” Ted Lange in New York.

She performed in the Broadway Dreamgirls Japan Tour, the Main stage of House of Blues Dallas, The Bomb Factory, Sundown at Granada, performed at her residency at Louie Louie's Piano bar, Prophet Bar and sang in 2 JC Penneys National Commercials. 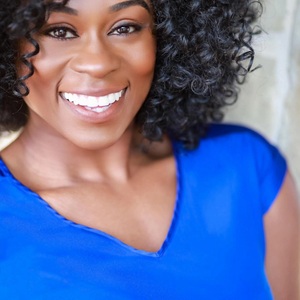