I am (enrolled with the Texas Band of Yaqui Indians; he/him) and am currently earning a Ph.D. in Theater and Performance Studies at the University of California, San Diego. I earned his M.F.A. in Dance Theatre from the University of California, San Diego (Kumeyaay land) and a B.F.A. in Dance from the University of California, Santa Barbara (Chumash land). I have performed and taught theater and dance professionally for over 25 years. Relocating to the Twin Cities in April 2020, I was among the first cohort of Native artist fellows at the Guthrie Theater, serving as Native Directing Fellow on Dickens’ Holiday Classic, working alongside Joseph Haj and E.G. Bailey. Recently, as an actor, I recently performed with New Native Theater, performing in two play readings, Tewa Rising, written by Jaren Navenma and Salt Baby, written by Falen Johnson. My publishing company, Aros and Son Publishing, just recently published a collection of poetry titled, Longview Road, written by Yaqui poet and writer, Manny Monolin. 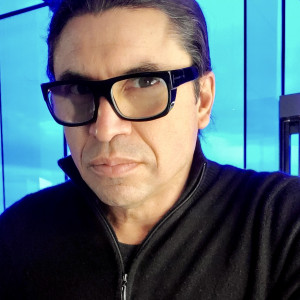