I'm an Atlanta-based actor and voiceover artist by way of Los Angeles. I absolutely love working with, reading with, and helping fellow actors enjoy the audition process. I have taught acting and movement at a handful of schools (Imagination Emissary, BGB Atlanta, and Catapult Acting to name a few) and worked in TV/Film, commercials, improv, and theatre for over 10 years. I have a BFA in Acting and have trained at Steppenwolf West, The Groundlings, and UCB. I also narrate Audiobooks, so I can help you with British RP or Southern accents.

No coaching unless you want it. Lots of compassion and support. We're all in this together!

Feel free to venmo me at @Brittany-Wilkerson-2

Brittany Wilkerson is an actor and voiceover artist.
Known for her roles on Atlanta, Claws, and Kevin Probably Saves The World, Brittany has also narrated over 85 audiobooks. She received her BFA in Acting from East Carolina University and studied at Steppenwolf West, Upright Citizens Brigade and The Groundlings. An alumna of IO West, she performs regularly with The Main Stage cast at The Village Theatre. In 2021, look for Brittany in The Resident Season 4, Bigger Season 2, and the upcoming short Rideshare, directed by Charlene Fisk and premiering at the Atlanta Film Festival. 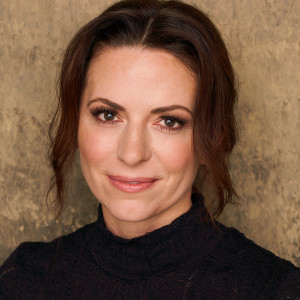 Brittany is such an awesome reader! Attentive, great listener, helpful, experienced. All the things you’d want in a reader. Thanks Brittany for your help! "
"

Brittany is super present, empathetic, and focused. She checked in to make sure that she was meeting every set-up beat I needed to do my best. She was also encouraging when I got frustrated. I will definitely use her again! "