Hi! My name is Daisy Thomas, and I'm a Meisner-trained, AEA actor based out of Queens, NY.

In terms of acting, I excel with gritty, dramatic material, with a flair for tough, strong, no-nonsense characters. I'm also trained to play more vulnerable, softer, ingenue-types, as well. When it comes to comedy, I approach characters as truthfully as possible, and I am adept at playing the situation of the scene realistically. I'm strong at performing both deadpan and over-the-top styles of comedy, and most anything raunchy or controversial. I have experience with both classical theater, (Shakespeare, Greek tragedy/comedy) as well as modern and contemporary drama and comedy. I also have experience working on screen, with more experience in dramatic material, for both short and feature films.

My favorite aspect of acting is the ability and practice of throwing oneself into any circumstance or conflict through listening, taking in, and truly working off another human being to illuminate the nuances of the human condition. I am willing to try anything and everything, material-wise; taking risks is the backbone of this craft, and
I am enamored with being able to do that as much as I possibly can.

Let's create something spectacular! Please reach out if I can be of service to you!

Daisy Thomas is a Meisner-trained, AEA actor, and classically trained ballet dancer and pianist. Formerly from Charleston, West Virginia, Daisy has a colorful and varied background in performing on the stage. She trained for over a decade in ballet before committing to community and academic (both high school, and later, collegiate) theatrical productions in her hometown. Simultaneously, she also studied classical piano, and has over a decade of formal training.

Ms. Thomas completed her collegiate studies at Shepherd University in Shepherdstown, West Virginia, where she obtained a BA in English, with a focus in Creative Writing. While at Shepherd, Daisy regularly performed in leading and supporting roles with the Rude Mechanicals, the English Department's classical theater troupe. Notable roles include the “Chorus Leader” in Antigone, “Spes” in Hrosvitha's Sapienta, "Conrad" in Much Ado About Nothing, and the title role of “Mary Magdalene” in the English and Communications (Film) Department's first feature film, Mary Magdalene, adapted from a 16th century play. She also performed with Shepherd University's Contemporary Theater Department, starring as a lead in their production of Almost, Maine.

Daisy graduated from Shepherd University in 2017 and moved to New York City three months after graduation to pursue a professional acting career. She began training with the Barrow Group and Atlantic Theater Company before committing to Maggie Flanigan Studio, where she is a 2020 graduate of the 2-year, Professional Actor Training Program (PATP). She was also a recipient of Maggie Flanigan Studio's Work-Study Scholarship.

Ms. Thomas has had the opportunity to perform with New York University Vanderbilt School of Law in their production of the Vagina Monologues, and most recently, has done work with the current (2021) class of Columbia University's MFA Directing Students, where she has had leading roles in short films, in-class exercises, and scenes for instructors Pat Golden and Jodie Markell. She also starred as a lead in the staged reading of the new play Witness by Mary Miller (2021), directed by Pat Golden, and performed at Marble Collegiate Church's The Theatre Upstairs.

In her spare time, Daisy enjoys renewing her training in ballet, taking class at Ballet Arts with instructors Simon Kazantsev and Kate Loh. She also keeps her passion for piano alive by playing and experimenting with styles such as classical contemporary, jazz, rock, and rap. 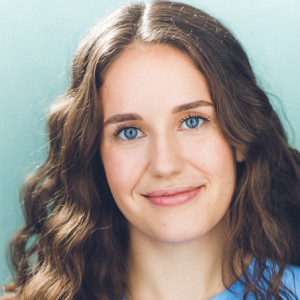