Hello!
I am a professional actress based in Chicago, Illinois. I speak fluent english (American accents), and Spanish.

I have been working as a professional actress in film and theater for three and a half years. Before that I was an attorney for four years. I took acting classes in Chicago at The Acting Studio Chicago, The Vagabond School of Arts, The Forge and The Second City.

I would love to help you as a reader. My goal is to make you look good and book the part!

Hoping to meet you soon,
Alexis

Hello, I am a bilingual actress based in Chicago. I worked as an attorney for four years and have been acting for three years. I have theater and improv experience but I mainly focus on on-camera work because of the deep venerability and story telling that can be achieved with just a person's eyes.
I boulder and top rope climb during my free time. I am a dog mom and I love spicy food but Pizza is my absolute favorite.
Fun fact: I am afraid of zombies. I know they aren't real and I have read up on the science but still I don't want anything to do with them. 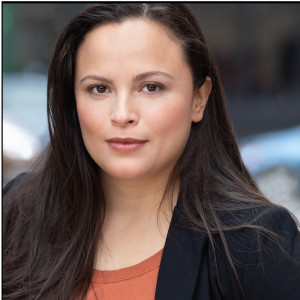