Tanya Kostadinova is an actress, known for Coercion (2021), Resignation Day and Better Nature (2019).

Tanya made her debut in English film production, playing the role of Sharon in Resignation Day with directors Adam Basil and Adam Brashaw.

You can also watch her in Bulgarian speaking roles in the indie film Better Nature directed by Ralitza Petrova and the television series Patqt na Chestta.

She began her acting career as a theatre trained actress in Sofia, Bulgaria and worked in the National Theatre’s productions as a student.

Tanya transitioned into cinema in 2013 when she was accepted in Met Film School, Ealing Studios London. She was trained by some of the most recognisable names in the industry such as Ivana Chubbuck L.A. and Patrick Regis.

In the summer of 2020, Tanya portrayed the historic character Calpurnia, Caesar’s wife, in the upcoming film The Assassination of Caesar for The History Channel.

Her most recent project is playing the role of a therapist in the indie film Coercion, a role in which she digs deep into the psychological world of human trafficking.

Growing up in the coastal city of Burgas, Bulgaria has made her a strong swimmer, and she enjoys sailing the Greek islands, where she also has roots on her maternal side.

Her interest in martial arts inspired her to improve her combat skills. As a student, she was trained as a contemporary dancer.

Tanya’s passion in work and life is to study people and characters and portray them without judgement. 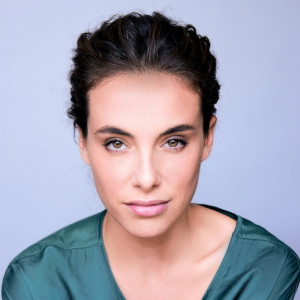