Hey there! Here to help you rehearse, and read for your self tapes for free💪🏼 Let’s get you booked!

Mikaela is an American actress of Eastern European/Indian decent. Mikaela was born on October 7th, 1996, and grew up in a small town called Keene, New Hampshire. She graduated from Keene High School in 2014.

Mikaela attended and graduated from New England Hair Academy in Malden, Massachusetts in 2015. She had dreams of doing hair and makeup for TV and film, but her passion turned solely on acting.

Mikaela is a SAG-Eligible actress based out of Atlanta, Georgia. Her first network TV role was on The Walking Dead (2019) as a "Walker"/ Stunts. She is known for Personal Injury Court (2019), The Dwindling Flame (2020), along with numerous recent indie projects including "Young Lyf3" (2021). 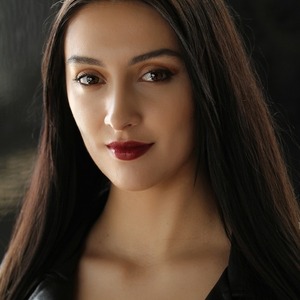