If you're looking for someone who can play your best friend, dad or even more serious roles like a boss or villain then look no further. If it's a character outside of those four archetypes then I can not help you... totally kidding! I'm always up to play and explore new characters, that's what acting is all about.

I have trained all over Los Angeles from UCB, Killian's Workshop, Margie Haber to scene study with Cress Williams (Title Character on The CW's Black Lighting). With extensive experience across the board in theatre, film, television and commercials (including being cast as the new Spokesperson in a global campaign for CarGurus) I cannot wait to create some amazing stuff together.

If you want someone with great energy, an infectious personality and someone to help you nail your self tape then I'm your man. I look forward to working with as many of you as possible!

If you see I'm not online or you would like to book me for a specific time and date send me a message on my Instagram and we can set that up.

If you prefer Venmo, my username is @DL818

David Lautman was born in Los Angeles, California. In addition to acting in Film, TV & Theatre, David has appeared in numerous national commercials and is the new Spokesperson in a global campaign for CarGurus. David credits his father Ben Lautman for inspiring him to become an Actor. Ben is most known for starring in the original Broadway production of HAIR from 1970-1974. 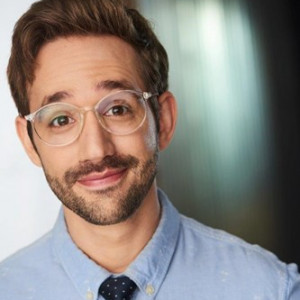 David is great!! He gave me wonderful suggestions that allowed me to tape some scenes I really enjoyed. Thank you! "
"

David was FANTASTIC!! So very patient and willing to play, to give me feedback, and help me narrow down my final film choices to send in for my self-tape. I am really glad I asked him to assist me, and will undoubtedly turn to him again in the future! "
"

David was great! He was very patient and we were able to bounce ideas off of each other for my comedy audition. I would definitely work with him again! "