HI! I LOVE helping and playing with other actors on material! I work professionally in theater, television and film and earned a BA in Drama from Tufts University, trained with the O'Neill National Theater Institute, Russian State Institute of Performing Arts, The School at Steppenwolf, Warner Loughlin, Greg Sims PATH, The Groundlings, and iO Chicago.

If you need to run lines, dissect a scene and/or tape I'm your gal! I adapt quickly to how you work and can be directed so you feel super supported in your scene. If you like to improv before a scene or use repetition, I'm down! Let's book you that role!!!!

I can help with tech, self taping set-up and editing, as well.

Brenann earned a BA in Drama from Tufts University and trained with the O'Neill National Theater Institute, Russian State Institute of Performing Arts, The School at Steppenwolf, The Groundlings, and iO Chicago. Some of her theater credits include Chicago Shakespeare Theater, Steppenwolf Theatre Company, Williamstown Theatre Festival, TheatreSquared, Rivendell Theatre Ensemble and Jackalope Theatre Company.
Television and film credits include Chicago Med (NBC Universal), Sirens (USA Network), Easy (Netflix), Banana Season, Washed, and Deliver Us. She is a member of ​SAG-AFTRA and is an Equity Member Candidate (EMC). She is represented by Stewart Talent Chicago and Stewart Talent LA.
www.brenannstacker.com 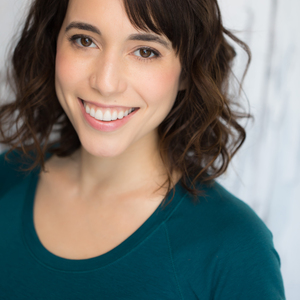